I can easily claim that Filipinos are a ready market for the strongest coffee in the world. Over here, there’s a running joke that we like our coffee strong enough to fight for us – “kapeng matapang, kaya akong ipaglaban.”

We use the word “matapang” for coffee in a way that means either “rich in flavor” or “has a strong kick” (it bears mention that “matapang” is also used in many different ways outside of coffee – sometimes it’s used to mean “brave,” sometimes “fierce,” etc). So if there’s coffee out there that claims to be “matapang” in both flavor and caffeine content – I say bring it over!

Quite a few brands compete for the honor of being called “the strongest coffee in the world,” but I’d like to spotlight four specific brands, which catch attention due to their aggressive online marketing campaigns. If you happen to be both a social media addict AND a coffee lover, you must’ve encountered these brands on your Facebook feed at least once recently. 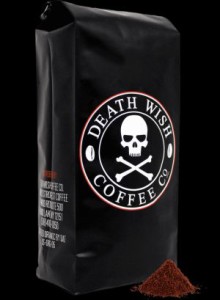 1. Death Wish Coffee – The company that manufactures this brand claims that a single bean has 200 percent more caffeine than regular coffee.

A review on Huffington Post says it definitely has a formidable kick: it is Not Kidding when it says the caffeine is strong. However, if flavor is important to you, the review also says this may not be a brand that’ll get you hankering for more.

Also, in terms of caffeine content, it seems that this year Death Wish took a backseat to… 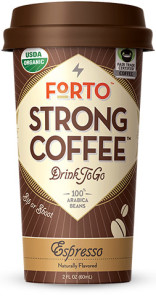 2. FORTO Strong Coffee – One of the benefits of the cold brew process is that the end product usually has higher caffeine content than regularly brewed coffee. So it’s no real surprise that a cold brew was named the strongest coffee in the world earlier this year, beating even Death Wish and Nespresso.

You may want to dilute this reigning caffeine champion in quite a bit of water. Or enjoy it as it is! Just note the manufacturer’s warning: “Limit 2 bottles per day, several hours apart. Not for children, nursing or pregnant women – they will have to wait to experience such joy.” 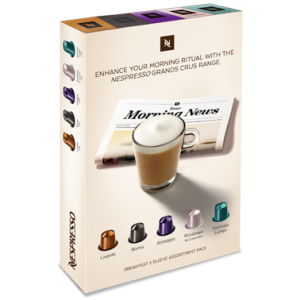 3. Nespresso – If you look through “world’s strongest coffee” lists, such as this one, you may find that Nescafe brewed or brewable products often top those lists. When it comes to amount of caffeine per ounce, Nescafe simply doesn’t scrimp.

Before I end this writeup, I believe one kind of coffee that’s grown here in the Philippines deserves special mention, for its claims to strength of flavor AND kick: 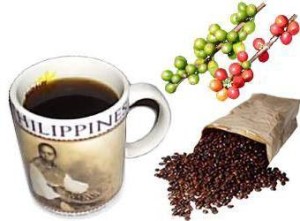 Barako Coffee – This coffee is made from liberica beans, which are grown not in the highlands of Northern Luzon – but rather in the fields of Batangas, in warmer Central Luzon. Liberica beans are only grown under special conditions, which makes barako quite rare and hard to find outside of Malaysia or the Philippines.

The name “barako” itself loosely means “stud,” and is a very, very masculine term. Studies on exactly how strong its caffeine content is have been few and hard to find, but sometimes studies are not required: from smell alone, one could tell that it’s Really Strong Coffee. And barako is such a large part of our daily lives, you’d be hard pressed to find a Filipino who claims he or she does not like the taste of barako.

Could it someday be counted among the strongest coffee in the world? A nation can hope!

Barako coffee deserves a post all its own. I’ll be working on that soon.